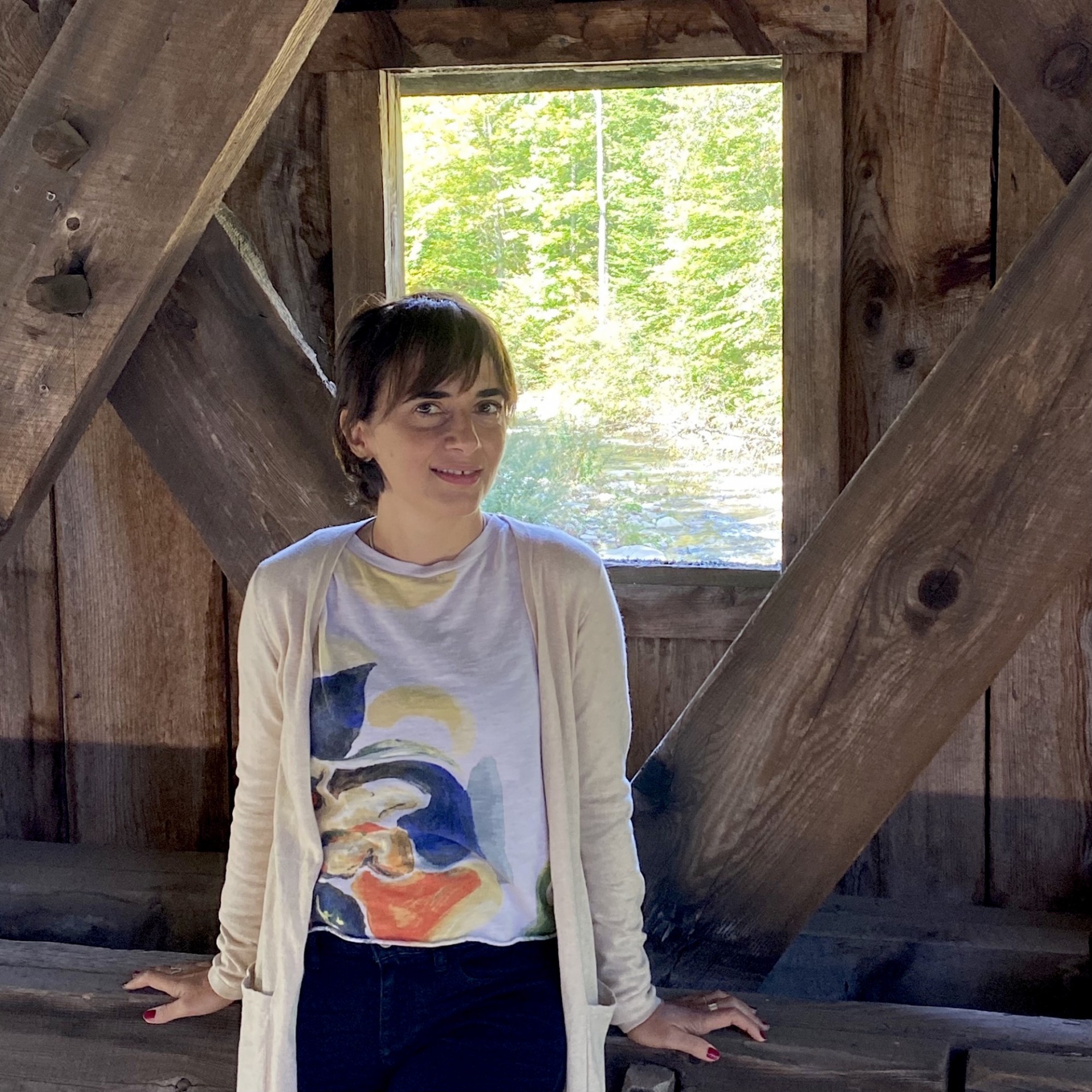 Alessandra Russo is Professor in the Department of Latin American and Iberian Cultures. Her research studies the theory, practice and display of the arts in the early modern times, with a special emphasis on the artistic dynamics in the context of the Iberian expansion.

Professor Russo is author of the books The Untranslatable Image (Texas University Press; French edition: L’image intraduisible, Les Presses du Réel), El realismo circular (IIE-Universidad Nacional Autónoma de México), and co-editor of Images Take Flight (Hirmer Verlag-distr. University of Chicago Press; Best book award in "theory of art" and Grand Prix du Jury at FILAF and Honorable Mention, ALAA Book Award). She has recently completed A New Antiquity. Art and Humanity as Universal (1400-1600), under advanced contract at Penn State University Press. The book addresses the active role that the artifacts encountered —but also pillaged and collected— in the global context of the Iberian expansion in the Americas, in Africa, and in Asia, had on the modern idea of art. She proposes that their circulation, observation and description generated radically new theoretical approaches toward human artistry (see "An Artistic Humanity"). Her next book in progress, entitled The Great Custodian, is a study of the arts and geopolitics of the 17thcentury “guided by” Sebastiano Biavati, the custodian of the Baroque collector Ferdinando Cospi’s museum (see "The Curator's Eyes"). Professor Russo has authored numerous articles in international journals, in books and exhibition catalogs. Among her most recent contributions is "Lights on the Antipodes" (The Art Bulletin, Dec. 2020) and "Dopo l'Esotismo. Per una storia contemporanea delle arti nella prima modernità" (In La scuola del Mondo, Milano, Electa, 2022).

Professor Russo was trained in art history and historical anthropology at the Universitá di Bologna, at the Universiteit Leiden, and at the École des Hautes Études en Sciences Sociales, in Paris. She has been visiting researcher at the Instituto de Investigaciones Estéticas/ UNAM, in Mexico, where she did intensive archival and fieldwork. She has been a research fellow of the Wissenschaftskolleg-Institute for Advanced Study, in Berlin and a visiting professor at ESBA of Genève and at the Institut National d’Histoire de l’Art, and at the EHESS.

At Columbia, Professor Russo teaches undergraduate and graduate courses on the Early Modern period with a special emphasis on the artistic dynamics in the context of the Iberian expansion. She has designed for the Global Core of the Columbia College the course Artistic Humanity, which she offers both in English and in Spanish.

" Researching, teaching, and advising are for me interrelated thinking activities. I conceive all my courses (both at the undergraduate and graduate level) in close dialogue with my ongoing writing projects—hence, they are always research courses. In this way, students participate in the discovery of materials and in the production of new questions and analysis. They are in contact with the newest ideas and archives that I am myself thinking about. Yet, the syllabi are always designed to introduce students to broad topics related to Early Modern times where they can discover their own interests as well. Throughout the semester and the years following, I help students give shape to their own topics and hypotheses. I do not assign paper themes, nor thesis subjects. I rather echo the initial idea or question a student shares with me, and together we work from there. I find this the most rewarding advising experience: to see how new thinking and potentially substantial research subjects generate from students' initial interests, intuitions and work." Recent advisees' and co-advisees' dissertation topics in Early Modern global history and art history can be consulted on clio.

Alessandra Russo and Michael Cole have been awarded a Getty Foundation "Connecting Art Histories" grant for a project on the artistic interactions between Spanish Italy and the Iberian Americas in the 16th century. In its first phase (2016-2017) the project has brought together younger scholars from Italy and Latin America with a group of distinguished faculty to study the artistic ties that developed between these two regions. After supporting trips to Milan and Naples, and a first workshop in NYC, the Getty Foundation has generously offered a second fellowship to continue the project (2018-2022) with a special focus on Sardinia and Puglia.

The project is now disseminating the group's research through public initiatives, including the digital publication which features : a catalogue with essays authored by the participants on objects, monuments, maps, and prints; a bibliography; and a photographic library.

"This is [Not] a Crown. Annunciazione with Donors", in Michael Cole and Alessandra Russo, Spanish Italy and the Iberian Americas, 2019, digital publication (link).

“These statues they generally called çemi. A new object at the crossroad of languages” The Challenge of the Object/Die Herausforderung des Objekts, Ed. by Ulrich Grossmann, Petra Krutisch, Nuremberg, 2013, pp. 45-49.

“Everywhere in this New Spain. Extension and articulation of an artistic world”, Source. Notes in the History of Art, New York, Ars Brevis Foundation, vol. V. XXVIII, no. 3 (Spring 2010).

“A Tale of two bodies. On aesthetic condensation in the Mexican colonial graffiti of Actopan, 1629”, RES. Antrhropology and Aesthetics(Harvard University-Peabody Museum) 49-50 (2006), pp. 59-79.