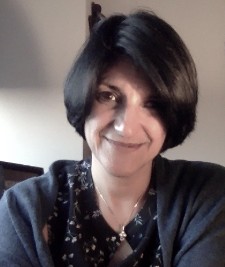 Following ten years as an editor at Harcourt Brace, Santillana, and the Instituto de Cultura Puertorriqueña, Eunice Rodríguez Ferguson became managing editor of the Hispanic Review at the University of Pennsylvania (2002-2005). She began working at Columbia in 2005 as managing editor of Revista Hispánica Moderna. An alumna of the University of Puerto Rico's Graduate Program in Translation, she is also a literary translator and served as Spanish editor for the subtitles program of The Metropolitan Opera House.

She was promoted to the role of Director of Academic Administration in 2011 and a year later launched Taller de Redacción, a bilingual writing workshop for PhD students at Casa Hispánica.  Eunice is now the editorial advisor for Portales: The LAIC Undergraduate Journal and a founding editor of SUNDIAL HOUSE: Latin American & Iberian Literature in Translation.