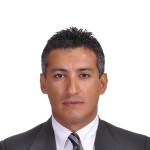 Juan Pablo has been a language educator for over twenty years, teaching in very diverse educational levels and socio-cultural contexts ranging from bilingual children in elementary schools in his native Colombia to adults in non-formal education programs, as well as college students in public and private universities in the United States. He believes that teaching his first language and a second language that he learned as a young adult (English) has provided him with a comprehensive understanding of what students go through in and outside of the classroom. Indeed, those classroom-based experiences have helped him grow as a language educator and to fine-tune his teaching approaches and philosophy, which he defines as a content-and-task-based, student-centered methodology. Through this methodology his students learn the language, learn about the language and learn through the language culturally relevant and linguistically appropriate content in a technology-mediated environment.

Based on this teaching philosophy, Juan Pablo considers that his role in the classroom is to provide students with ample opportunities to be exposed to the foreign language through interesting and intellectually challenging materials that reflect real language in use and that are appropriate to his students’ current language command. At the same time, he believes that the implementation of a student-centered approach shifts his students’ as well as his own role in the classroom. That is, students in his courses need to take an active role and a high degree of responsibility during their language learning process; while he sees himself acting more as a “coach” or facilitator always being next to the students to provide them with the necessary scaffolding and mediating their language learning tasks when they need it.

Juan Pablo joined the Latin American and Iberian Cultures Department in 2008, where he teaches elementary and intermediate courses, and an advanced language course on Latin Popular Music and socio-cultural history in New York. He also served as the interim Language Program Director during the 2010-2011 academic year.

In line with his teaching philosophy and with the purpose of informing both theory and practice, his research draws on ethnographic and mixed methods approaches along a socio cultural framework and Systemic Functional Linguistics, in the close analysis of classroom data regarding the teaching and learning processes, and the development of academic literacies in second and foreign language learners. More recently, Juan Pablo has been collaborating with his colleagues Lee Abraham and María Eugenia Lozano on developing and analyzing course-specific research projects and activities, through which students explore the language and culture of New York in what is now known as the subfield of Linguistic Landscapes (LL) in language teaching. He has presented and published the findings of his research in these areas through several national and international professional meetings and publications.